It has now been close to thirty years since I began writing the first edition of A Random Walk Down
Wall Street. The message of the original edition was a very simple one: Investors would be far better off
buying and holding an index fund than attempting to buy and sell individual securities or actively
managed mutual funds. I boldly stated that buying and holding all the stocks in a broad, stock-market
average— as index funds do— was likely to outperform professionally managed funds whose high expense
charges and large trading costs detract substantially from investment returns.
Now, some thirty years later, I believe even more strongly in that original thesis, and there's more than a
six-figure gain to prove it. The chart on the following page makes the case with great simplicity. It
shows how an investor with $10,000 at the start of 1969 would have fared investing in a Standard &
Poor's 500-Stock Index Fund. For comparison, the results are also plotted for a second investor who
instead purchased shares in the average actively managed fund. The difference is dramatic. Through
June 30, 1998, the index investor was ahead by almost $140,000, with her original $10,000 increasing
thirty-one-fold to $311,000. And the index returns were calculated after deducting the typical expenses
(2/10 of 1 percent) charged for running an index fund. 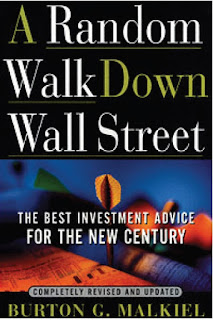