I am grateful to the many friends, colleagues, and family who have contributed to this project. In particular, special thanks are due to my partners at Gotham Capital, Rob Goldstein and John Petry. Not only are they the true coauthors of the Magic Formula study that appears in this book, but it is also a rare privilege to be associated with such brilliant, talented, and generous people. Their contributions to this book—and to the success of Gotham Capital—cannot be overstated and are appreciated more than they know. I would also like to give special thanks to Edward Ramsden at Caburn Capital for his extraordinarily insightful comments, suggestions, and editing work; to Norbert Lou at Punchcard Capital, particularly for his inspiration and suggestions for Chapter 9; and to Patrick Ede at Gotham Capital for his major contributions to the Magic Formula study, for his intelligent and helpful comments, and for his editing talents. In addition, my brother, Richard Greenblatt at America Capital, deserves a major part of the credit for being my editor-at-large, for his many good ideas, for his numerous contributions to each chapter, and especially for his encouragement with this project and throughout my life. 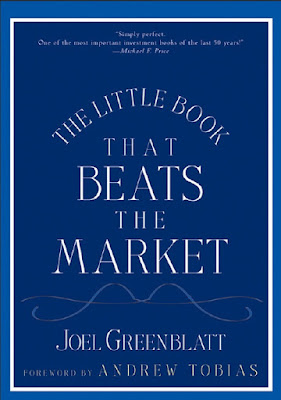