“The Warren Buffett Way outlines his career and presents examples of how his investment techniques and methods evolved and the important individuals in the process. It also details the key investment decisions that produced his unmatched record of performance. Finally, the book contains the thinking and the philosophy of an investor that consistently made money using the tools available to every citizen no matter what their level of wealth.”
Peter S. Lynch
bestselling author, One Up On Wall Street and Beating the Street

“Robert Hagstrom presents an in-depth examination of Warren Buffett’s strategies, and the ‘how and why’ behind his selection of each of the major securities that have contributed to his remarkable record of success. His ‘homespun’ wisdom and philosophy are also part of this comprehensive, interesting, and readable book.”
John C. Bogle
Chairman, The Vanguard Group

“Warren Buffett is surely the Greatest Investor of this century—not so much because he built a great fortune with a free market as because he shared his important thinking with us and has openly demonstrated the sagacity and courage so vital to success. Berkshire Hathaway has been my largest, longest investment. Warren has been my best teacher.”
Charles D. Ellis
Managing Partner, Greenwich Associates

“Warren Buffett is often characterized simply as a ‘value investor’ or a ‘Ben Graham disciple.’ Hagstrom fills in the rest of the story with some immensely practical pointers on prospering in the market.”
Martin S. Fridson
Managing Director, Merrill Lynch

“In simple language, this book tells the rules by which the most successful American stock investor of modern time got that way. It could be a godsend to the legion of unhappy investors who keep f loundering because they ignore the basics of major investment success.”
Phil Fisher
author, Common Stocks and Uncommon Profits 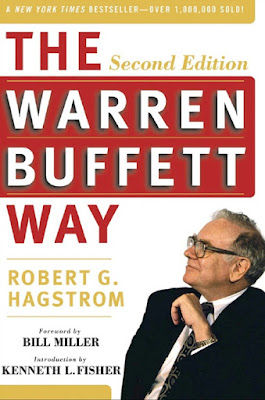